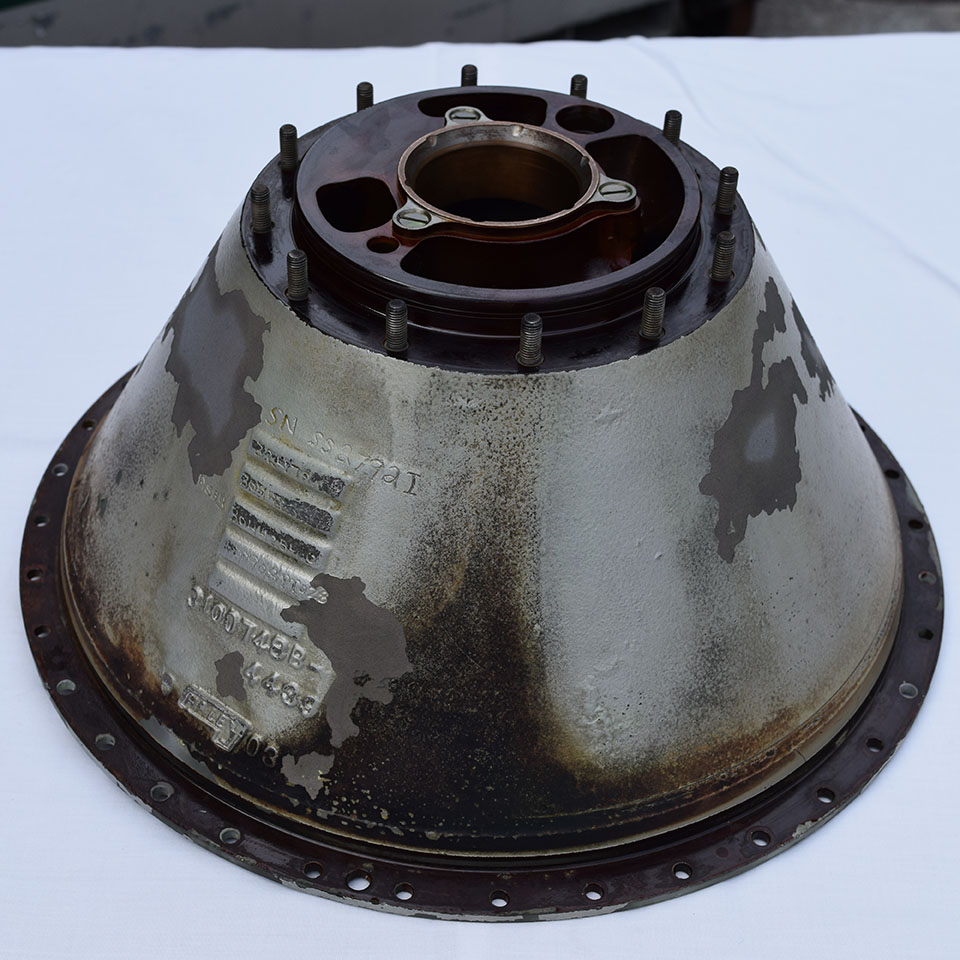 As part of our series on soda blasting, Dana-Ridge set up our old COMET machine for filming just as one of our customers from the aircraft maintenance industry stopped by. He wanted to talk about blasting a magnesium propeller reduction gearing housing. Normally these parts are sent away for restoration which can cost over $10,000 to restore! As we were already set up for soda, we part blasted the housing to see how feasible it was for this application. The soda was aggressive enough to remove coatings yet passive enough that it dissolved in the water. Afterwards, the part was given a thorough rinse in a dunk tank, with a mild vinegar solution to neutralise the alkalinity of the soda and then another dip in fresh water to dissolve any residue soda and avoid any adverse effects on the magnesium from the vinegar, should that be an issue.

By using soda as an abrasive, the part would be safe to install without fear of rogue glass bead or aluminium oxide particles causing problems during operation. Aircraft maintenance is notorious for its adherence to proper procedure (which is reassuring) so there will be a further examination of this method going forward. Dana-Ridge have no doubt the wet process is superior to all other options and will save thousands of dollars in a VERY short space of time.

The aircraft maintenance guys love these machines as they can clean parts without fear of ruining tolerances, media impregnation into the metal or distorting critical parts with heat. Another aircraft maintenance company was getting by with two dry blast cabinets that had filters that would frequently block and send dust into the air of the small room they were located in. As the operators were concentrating on the task at hand, they would often not notice that they were breathing in the dangerous dust until it was too late. Co-workers would knock on the window of the room to let the operator know that they were disappearing in a plume of aluminium oxide. Realising they had a health and safety issue on their hands and luckily, discovering the Dana-Ridge process they soon moved those horrible dry blasters out and replaced them with a COMET and never looked back. Not only was it safer for the operators and safer on critical aircraft parts it was more efficient. They were happier than a dog with two tails!

It is hard to overstate the huge advantages of these machines over more traditional methods of cleaning with their chemical and dust hazards. 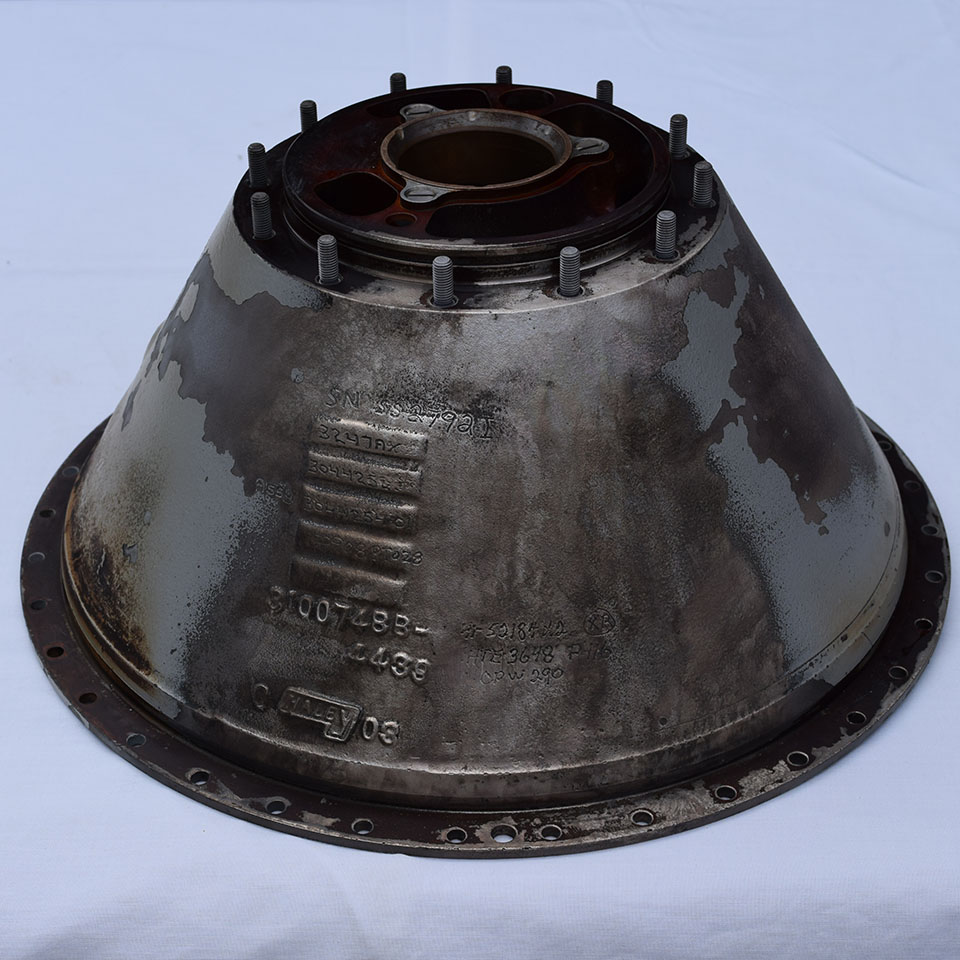 The Dana-Ridge wetblasters are also able to use plastic as a blast media, meaning they can blast coatings off without fear of changing the surface of the substrate. As the process is wet there are no issues with heat or static build-up. Add to this their ability to blast with traditional media if desired and these machines will pay for themselves in no time flat. 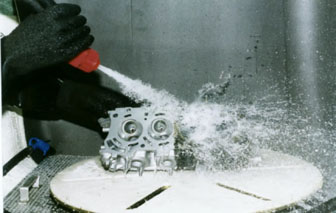